If you are looking for a smartphone, and you don’t want to spend more than. $200…there are way too many phones to select from.  Here is one I just got in the office, and it’s called the Figo Gravity.

Now while I’ll admit I’ve never really dealt with this company before, they are trying to make their mark.  This phone may not have the latest android build, but it has pretty much everything else the you need.  Look at these specs.

Now when you think of this, you are not thinking $149 with US LTE bands.  I wasn’t.  I was shocked at the build quality this phone has when I pulled it out of the box, and I’m still shocked.  This phone is really well built, and at this point seems to have no issues at all.  Other than the fact that it’s running old software, it actually does run very well.  No lag at this point, and I don’t think I will get much of this.  Because this phone is basically running stock android, with the addition of the radio and IR blaster. Yes you heard me, IR blaster.

The application used for this is called PEEL Remote, and it’s a nice addition to this phone.  The phone has a big battery to go with that 720p display, so this one should last you all day.  I will bring you more on this phone at a later date, but for now here is my first video unboxing on it.  First impression will come soon.  Video at the break. 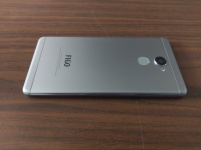 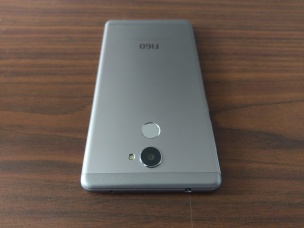